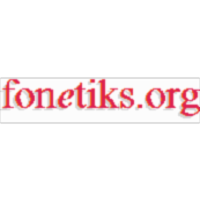 An online language laboratory : complete pronunciation guides with native speaker sounds and accents. Click on two or more pages if you want to compare accents or languages, and on a flag for an online dictionary.

Mobile Compatibility:
Not specified at this time
Technical Requirements:
Minimum 56k modem - ADSL or ISDN access is preferable. Allow each sound page enough time to load completely before mousing over the words.This could take up to two minutes with a 56k modem the first time you visit a page. You need a 4.0 browser or later.If this site works but you still can't hear the fonetiks sounds, it probably means your browser is not Java-enabled: in Netscape, go to Edit - Preferences - Advanced and make sure the top three boxes are checked; in Internet Explorer, go to Tools - Internet Options - Advanced - Multimedia and check 'play sounds'.
Language:
English
Cost Involved:
No
Source Code Available:
No
Accessibility Information Available:
No
Creative Commons:
No

16 years ago
Fonetiks is a unique publication in more ways than one. It's the world's first
CD-ROM where you can simply mouse over text to hear it spoken - quite a big step
forward in language learning, making an instant connection between the spoken
and written word.

But it's also a new way of looking at languages: each language is divided up
into six types of sounds: single vowels, diphthongs, triphthongs, voiced versus
voiceless sounds, consonants, and stress/intonation. The result is that
seemingly 'hard' languages like Mandarin or Japanese suddenly become quite easy
to get to grips with.

Another unique thing about Fonetiks is the fact that it presents seven varieties
of English: American, British, Australian, etc. - ESL learners won't find this
anywhere else, at least not in this breathtakingly convenient mouseover format.
The same goes for Parisian versus Canadian French, and German versus Swiss
German.

There is also a "Spoken Grammar" for ESL
learners, plus conversation patterns for English, French and German. More than
40 people comprised the "cast" of native speakers that put this production
together. This is a unique, major resource for people who love
languages.

Early technical problems with Fonetiks have been ironed out. Minimum
requirements are now only that your computer have sound and the Flash player
installed - almost all computers already have these. IE preferred, but Netscape
works OK. Mac or PC.
Used in course? Yes