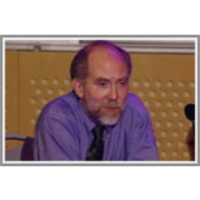 Can Nuclear Energy and Non-Proliferation Co-Exist?

This video was recorded at MIT World Series: The Future of Nuclear Technology 2007. If nuclear energy becomes a central tool in addressing climate change, will nuclear weapons proliferation inevitably follow? In the words of Matthew Bunn, "The horse ain't entirely out of the barn—there are still things to do." He and fellow panelists acknowledge the link between civilian nuclear energy programs and military use of the atom, but try to find a middle ground, where technical and institutional roadblocks prevent the spread of deadly weapons to nations and terrorists. For starters, Bunn recommends tackling the hard-core cases, Iran and North Korea. If they became established nuclear nations, they would present "a huge blow to the non-proliferation regime." Give them a "package of multilateral carrots and sticks large and credible enough" to convince them to drop their pursuit of weapons, Bunn suggests. He also advocates reducing demand for nuclear weapons "through alliances that extend a defense umbrella, resolving regional conflicts and granting more status to non-nuclear weapons states;" beefing up verification, inspection, and enforcement, with more access to sites; and preventing future black market networks from arising. He describes a chilling number of nuclear material thefts, and suggests that international sabotage of a reactor is more likely than a safety accident, so the nuclear industry should "bring its worst security performers up to level." In 1945, as a grade school student, Marvin Miller remembers singing "a hymn of praise to the bomb in school assembly." While the public regarded it as the weapon that won World War 2, Miller, in his history of the early post-war period, recalls that many scientists and statesmen were both hopeful of the promise of nuclear power, and deeply concerned about proliferation and an arms race. In March 1946, the Acheson-Lilienthal report warned that international inspections would not be enough to prevent the misuse of peaceful nuclear facilities, and recommended a central, international authority monitor and control uranium enrichment, mining and the production of plutonium. The world wasn't ready for such a solution then, says Miller. Is it ready for it now? Miller believes that U.S. national security and international stability are best served "by taking concrete steps toward a nuclear weapons-free world." The non-proliferation treaty has become outmoded, says Geoff Forden. It is basically a bargain between nations in the atomic club, who promise access to peaceful nuclear technology to nations outside the club, if those without weapons pledge not to pursue them. But with the globalization of precision engineering and sophisticated manufacturing techniques, there are no longer barriers to acquiring nuclear know-how and materials. Nuclear profiteers such as Pakistan's A.Q. Khan, have also provided a fast track to nuclear systems. So "we should proceed with a new philosophy," says Forden, increasing international involvement in every country's nuclear programs -- including intrusive inspections, and an international auditing authority to monitor letters of credit exchanged electronically. Forden also proposes placing an international enrichment facility on Iranian soil, allowing that nation access to nuclear fuel through "black box" technology that won't permit theft of material or engineering. In exchange, Iran would agree not to acquire nuclear weapons.

Can Nuclear Energy and Non-Proliferation Co-Exist? is categorized in the following disciplines:

Disciplines with similar materials as Can Nuclear Energy and Non-Proliferation Co-Exist?

Other materials like Can Nuclear Energy and Non-Proliferation Co-Exist?

You just viewed Can Nuclear Energy and.... Please take a moment to rate this material.
Rate