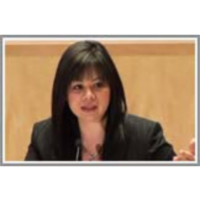 This video was recorded at MIT World Series - Starr Forum. While Barack Obama has rejected the Bush administration's harsh stance toward Iran, panelists warn that we're far from the start of fruitful relations, and that achieving real diplomacy will paradoxically require both patience and a sense of urgency. Suzanna DiMaggio observes the U.S. seeking "areas of common interest and managing areas of profound differences" with Iran, moving "well beyond a change in language" to concrete and profound shifts in policy, such as recognizing Iran's right to a peaceful nuclear program; curtailing support for Iranian opposition groups; and reaching out for Iran's cooperation on Afghanistan. DiMaggio says Afghanistan may prove key to building the foundations of a relationship, since Iran is concerned about halting the spread of violent fundamentalism and curtailing drug trafficking. The way forward, she suggests, involves approaching Iran in a "direct and sustained way to clarify U.S. intentions in the region while building confidence and trust," which "will require each side to exercise great restraint," and an acceptance that there will be frequent setbacks. Jim Walsh describes recent U.S. actions toward Iran as "scene setting," with such moves as dropping preconditions for discussing Iran's nuclear program, and discouraging Israel from contemplating a preemptive strike on Iran's nuclear facilities. But "Iran is cautious," with its government demonstrating "a certain schizophrenia" -- hopefulness and curiosity about Barack Obama, but skepticism about the U.S. pursuing substantive change. Tactical cooperation with Iran around Afghanistan and the drug trade appears to Walsh a better starting point for discussions than Iran's nuclear program. He says, "Barack Obama may speak with a nicer tone, offer greater incentives, but if at the end of the day, he insists on no centrifuges, we will end up at the same outcome as before." Substantial movement will take months, and all the while, Iran will continue to build centrifuges. Walsh sees a dilemma for the president: he must attempt to build confidence by moving slowly, but the "best chance for success is if Obama acts early and boldly while he still has the power of public opinion behind him domestically and internationally…It won't last forever. Stephen Heintz points out that "Iran is in the center of a set of issues of direct national interest to the U.S.," including Middle East peace, the war on terror, regional stability and oil. The problem is that in trying to find points of intersection with Iran, each nation "has very little knowledge of the other," as well as bad memories (the hostage crisis of 1979, the U.S. support of the Shah). This "only reinforces a relationship based on suspicion." While Barack Obama "has done a superb job at creating different atmospherics," there is a huge debate underway within policy circles, as different groups jockey to shape Iran policy. Heintz doesn't expect much movement until after the Iranian elections, but hopes that the restart of multilateral talks, and discussions about regional security and drug trade will help free both nations of the "paranoia and fear" that's built up over time.