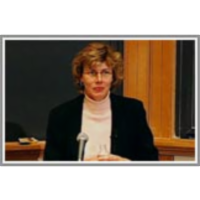 The Future of Nuclear Energy

This video was recorded at MIT World Series: The Future of Nuclear Technology 2007. Nuclear energy will emerge either as a solution to the twin crises of global warming and a secure energy supply, or global catastrophe. Within this panel at least, there doesn't seem to be a comfortable middle ground. MIT's Andrew Kadak, one of the two speakers arguing the necessity of nuclear energy, advances the policy recommendations formulated by a group of fellow researchers. Given the fact of global warming, we must admit a "second inconvenient truth," says Kadak -- that all non-CO2 emitting energy sources must be used, and to make a real difference in the near term, we must turn first and foremost to nuclear energy and conservation. Right now, 20% of U.S. electricity flows from nuclear power stations, but there have been no new orders for plants since 1975. The current administration hopes to spur interest, through its Energy Policy Act of 2005, which sets up tax credits for building new power plants. With the help of sophisticated new plant designs and an activated Yucca Mountain repository for spent fuel -- all potentially coming together in the next few years -- Kadak believes utilities and investors will accept the high costs of construction. This will be more likely if government puts in place a carbon tax, which will make fossil fuel costs higher, eventually evening the playing field for nuclear power. Victor Reis lays out three potential policies: nuclear phase-out, growing nuclear power without recycling, and growing nuclear power with recycling. He dismisses the first because "phase-out alone will inevitably lead to expansion of U.S. coal-burning plants," and reduce the nation's leadership role in shaping global nuclear policy. The second policy depends on stowing enormous quantities of nuclear waste underground, which means as more plants come on line, there won't be enough storage: "Think of opening up another Yucca every 3-4 years." Reis and the Bush Administration advocate an alternative, the Global Nuclear Energy Partnership (GNEP), which hopes to deploy new laboratory-based methods of recycling plutonium fuel, and eliminating deadly byproducts that could potentially be used by terrorists. GNEP also calls for an international fuel leasing protocol, where other countries get to use the recycled nuclear fuel. The waste produced is much reduced in this scheme, so a single Yucca Mountain would likely suffice. Allison Macfarlane casts a skeptical eye on the concept of expanded nuclear power as key in the short term to addressing climate change. It costs too much and takes too long to build new plants, she says -- why wouldn't investors rather plunk their money down for natural gas plants, which are a fraction the cost and take just two years to build? Macfarlane's larger concerns involve the vast amounts of waste produced by current light water reactors. Thirty to forty tons of spent fuel sits in pools at reactors, she says, vulnerable to tampering. As for Yucca Mountain, Macfarlane notes, "There is no waste repository for spent fuel or high level nuclear waste open. This is in an industry that's been around for 50 years, and that should give us pause." The waste problem simply isn't very tractable from a political or technical perspective. If there's a large nuclear power expansion, Macfarlane believes, it won't happen here or in Europe, but in Asia and other developing countries, which means a proliferation issue, since "the nuclear energy and nuclear weapons atom are basically the same."

Disciplines with similar materials as The Future of Nuclear Energy

You just viewed The Future of Nuclear Energy. Please take a moment to rate this material.
Rate