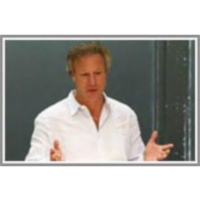 This video was recorded at MIT World Series: Sloan Innovation Period (SIP). While their ventures couldn't be more dissimilar -- engineering high tech defense gear for soldiers, and running an exclusive online boutique -- this panel's entrepreneurs share some common experiences and lessons. Moderator David Fialkow would "love to tell you I'm wicked brilliant, analytical, clairvoyant, but I'm not." As he sees it, a large part of business success depends on "the people you meet, and understanding how relationships lead to other things." One member of Fialkow's extensive yet intimate business network is Ben Fischman, who affirms this emphasis on relationships as he recounts his own journey through several enterprises. As a Boston University junior, Fischman hungered to channel his energy into business, and with some friends, seized on the idea of a store selling truly comfortable baseball caps. The scheme earned venture capital funding, and rolled out over several years, five LIDS stores to hundreds of kiosks countrywide. During these initial years, Fischman gained the "most important wisdom: to surround myself with people who know a lot of stuff I don't know." Another lesson arrived with the hire of a CEO "who within six months, single-handedly destroyed the company's culture" and led it to Chapter 11. Fischman now takes a more leisurely pace vetting candidates before hiring them. New opportunities arose, leading to e-commerce ventures and his current company, Rue La La, a "viral" online business that "creates incredible addiction" in its customers." Fischman modestly describes himself as "a one-trick pony," capable of pulling together a team of great people "with thick skin, creativity and guts," who can adjust when the business plan doesn't unfold as written. Another Fialkow colleague, Alex Laats, found his way into business in a roundabout way. An MIT math and physics major with a Harvard law degree, Laats ended up in MIT's Technology Licensing Office, where he seized opportunities "to get close to technology and entrepreneurs." By 1996, he was "getting antsy to start his own business." He found venture capital for a business phone product that was ultimately acquired by 3Com. His next enterprise was "not a disaster but not a success," raising $42 million in a single round of money-raising, in 1999. But the company "hadn't solved its major problems yet," and it was a time when the "business world ran into telecom breakdown." Still, Laats gained from this experience: "It's about not being successful. It's important to know those lessons are often times more valuable than victory lessons." His most recent work involves a new division at famed R&D services company BBN, creating products for the government, among others. It wasn't the easiest fit at first, admits Laats: "I started with nothing, just me and two guys. They didn't know what to do with me." But he's already got some major successes under his belt. There's Boomerang, a counter sniper product used by American soldiers in Afghanistan, and another venture that brought in $75 million in revenue last year, profits that prove the viability of his business concept.

Disciplines with similar materials as Leadership and Entrepreneurship

You just viewed Leadership and Entrepreneurship. Please take a moment to rate this material.
Rate