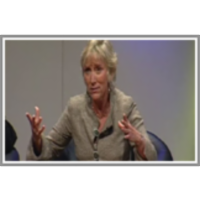 This video was recorded at MIT World Series: MIT Sloan 2008 Convocation. When a global corporation implements sustainability standards, it pays to work closely with supply chains, as these panelists attest. From his research, Richard M. Locke knows that the traditional methods of achieving decent labor conditions don't work well. When Locke examined years of records gathered by Nike and other companies concerned with employee treatment in overseas factories, he found the conventional compliance route -- auditing, policing and enforcement -- just hadn't brought about consistent improvements in child labor, or excess hours. What does work, Locke discovered, are collaborative approaches -- when the corporate buyer offers to show the way, sharing know-how and resources with its suppliers. For instance, when one of Nike's Vietnamese apparel factories -- an under-performer in productivity and labor standards -- inquired about adopting Lean manufacturing, Nike helped retrain its workforce. After a few months, says Locke, the plant's quality and output improved, and it boosted workers' wages, lowering the turnover rate. Says Locke, "Good things can go together." When Wal-mart acquired a majority share in his family's Central American business, Fernando Paiz admits he worried about Wal-Mart's reputation in the U.S. Instead, he was delighted when Wal-mart actually raised the bar on environmental and labor standards. Says Paiz, "Wal-mart has pushed us beyond expectations of what compliance really means." Paiz describes how the corporation is pressing vendors and customers to reduce waste (the CEO wants none produced by 2011) and to become energy efficient. Among the innovations: Big box stores capture the frozen slush from thousands of refrigerator units to cool store interiors during the day; solar panels on Wal-mart rooftops produce electricity not just for stores but for neighbors. Wal-mart has challenged suppliers to come up with the least bulky products and sleekest packaging possible for everything from detergent to electronics. Consumers go for these big-time, says Paiz. The question is, "How can we do the same with other industries?" Hewlett-Packard recently doubled in size with a major acquisition, adding 175 thousand more employees, which makes Bonnie Nixon-Gardiner's job even more challenging. She's now charged with establishing "global citizenship" standards within a sprawling network of staff and suppliers spanning nearly every continent. This means communicating H-P's way of handling ethics, environmental sustainability, human rights and labor, privacy and social investment to managers and partners in nations not known for a keen concern in these areas. In Mexico, a CEO of a factory told her that he doesn't hire homosexuals, people with tattoos, pregnant women, people with lawyers in their families or people associated with unions. Says Nixon-Gardiner, "I said we need a conversation on hiring practices…We're your partner; this is a risk for us." Enforcing codes of conduct makes perfect business sense, she says. "Having been a manufacturer so long, it's obvious to us, we treat people as our greatest asset. …It's just a matter of helping partners in developing nations to understand…"

Other materials like Opportunities in Building More Sustainable Supply Chains

You just viewed Opportunities in Building More.... Please take a moment to rate this material.
Rate