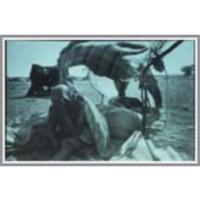 This video was recorded at MIT World Series - Starr Forum. Six years after Darfur made its appearance on the world stage, the horrific crisis burns on, as these panelists vividly attest. In a forum companion to the traveling exhibit DARFUR/DARFUR, the speakers provide big picture political context, as well as actual images from the field. Note: This lecture contains descriptions and images of horrific war crimes which may be difficult for some to view. While the conflict may no longer be "hot news," the "genocidal years are continuing," says Robert Rotberg. Three million Darfuris are languishing in refugee camps on the border with Chad and in their own country. The leader of this desert nation, President Omar al-Bashir, has been accused by the International Court of war crimes, yet militias under his direction, including the feared Janjaweed, continue to rain death down on villages and refugee camps. Neither the world's condemnation, nor a multilateral force, has stopped the violence. China's support of Sudan (with its rich oil fields) presents another obstacle to peace. Rotberg worries about the appointment by President Obama of a special envoy, J. Scott Gration, who "has made welcoming noises to Bashir…offering carrots without carrying a big stick." A plan for peace, says Rotberg, should include a ban on overflights; dismantling of the Janjaweed and all the militias, and their repatriation into village life; a mechanism for power-sharing at all levels; compensation for genocide; and support for reconstruction. Susannah Sirkin and her investigators from Physicians for Human Rights (PHR) are among those who have documented the Sudanese government's atrocities against the people of Darfur. People have been bombed, strafed and burnt out of their villages. Says Sirkin, "The government of Sudan knew full well what would happen when hundreds of thousands of people were forced out of their homes, knew they wouldn't make it to a place where they could receive the basic necessities of survival." In spite of harrowing conditions, including the regime's persecution of aid workers, PHR has collected ample evidence of "the crime of mass rape as a weapon in this war," a crime that goes on even at the refugee camps. The peaceful pre-war existence of women, tending animals, family and farming, is brutally shattered when militias massacre their families, and assault them sexually. PHR doctors describe their suffering as "unimaginable." Sirkin recounts the tragic story of one 18-year-old, whose experiences stand for the thousands who endure comparable horrors. The finale of the panel is a slideshow by photojournalist Marcus Bleasdale of his 12 trips to Darfur in the past six years. He captures the fear -- entire communities huddled under trees for fear of detection by government planes – and the aftermath of Janjaweed attacks. There are charred villages, bodies left to rot in the sun and people burned by white phosphorus, dumped by helicopter. At the camps, there are child soldiers with amputated limbs, starving mothers and babies, and long lines for the plastic bottles of water provided by aid agencies. Says Bleasdale, "These aren't singular stories; they're happening thousands of times, in every village."

Darfur/Darfur: The Crisis is categorized in the following disciplines:

Disciplines with similar materials as Darfur/Darfur: The Crisis

You just viewed Darfur/Darfur: The Crisis. Please take a moment to rate this material.
Rate