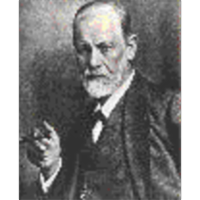 Match Treatment to Cases Developed By: Traci Kennedy University of Michigan department of Psycholgy Choose from the therapies listed below to determine what therapy would likely be most effective for each of the cases below. a.) Antipsychotic medication, such as Risperdal b.) Systematic Desensitization, perhaps in combination with Xanax c.) A mood stabilizing medication, such as Lithium d.) Selective Serotonin Reuptake Inhibitor, perhaps paired with later Cognitive Therapy e.) Electroconvulsive Therapy f.) Cognitive-Behavior Therapy g.) Intensive Behavior Modification h.) Humanistic Therapy i.) Aversive Conditioning j.) Family Therapy k.) Cognitive Therapy 1. _____Young adult male who goes through periods of deep depression lasting for several months, followed by periods of heightened activity, sleeplessness, creativity, and reckless behavior. You have diagnosed this client with Bipolar Disorder. 2. ____7-year-old boy with aggressive behavioral problems. He has difficulty following his parents instructions, takes his anger out on others by hitting, and throws tantrums when he does not get what he wants. 3. ____ 30-year-old woman who is extremely anxious about being in public or closed-in spaces, such as subways, elevators, and buses. She has been struggling with her anxiety disorder for years and is fully committed to overcoming her symptoms, whatever it takes. 4. ____50-year-old male with alcoholism. 5. ____Woman with Major Depressive Disorder who feels worthless, helpless, and believes that everything bad that happens to her stems from the fact that she is a failure. She feels that no one will ever love her, so has stopped trying to date because she feels that it is hopeless. 6. ____40-year-old man with extremely severe and chronic Major Depressive Disorder. He has attempted suicide 3 times and feels so low that life is just not worth living to him. He has never married, has no children, and his parents have both passed away, leaving him without social support. He has tried several types of therapies and medications, but nothing has yet helped to pull him out of his depression. 7. ____ Female college student who has been anxious about school lately, but cant really determine why. She would like help gaining insight into her problem and just wants someone to listen to her concerns. 8. ____50-year-old woman who has recently become quite depressed: she has lost interest in activities that she used to enjoy, sleeps much more than usual, cries for much of the day, and feels like she cannot do anything in life. Her mother and her aunt have also suffered from depression during their lives. She tells you that she believes therapy is a waste of time, and missed her first appointment because she reportedly did not have the energy to get herself out of bed. 9. ____17-year-old girl with bulimia nervosa, including a distorted body image and bingeing and purging behaviors. 10. ____30-year-old male with symptoms including delusional beliefs, visual and auditory hallucinations, and disorganized speech. 11. ____A 45-year-old male with concerns about difficulties he has been having with his wife. Reportedly, the difficulties began when their 14-year-old son started high school and began skipping school and staying out late at night.

General understanding of psychological disorders and the best treatments for each.

Students should be able to identify the correct mental health treatment for each presenting psychological disorder/ symptom.

Suggested answers to Activity 11: Matching Treatment to Cases 1. - c.) A mood stabilizing medication, such as Lithium 2. - g.) Intensive Behavior Modification -through positive reinforcement and token economy, these problem behaviors can be shaped and eventually material rewards for good behavior can gradually be replaced by social praise 3. - b.) Systematic Desensitization, perhaps in combination with Xanax -Anti-anxiety medication (Xanax) can be used to relax her, then expose her gradually to feared situations (first, imagine being on an open sidewalk, then a crowded sidewalk, then a crowded subway car, then expose her to each of these real situations until she becomes accustomed to the anxiety and learns to pair it with the relaxing feeling that the anti-anxiety medication produces). 4. - i.) Aversive Conditioning -place nausea-inducing chemical in alcoholic drinks repeatedly, until he pairs drinking alcohol with this aversive response -[criticism: after therapy ends, he may re-learn that alcohol does not really produce those effects] 5. - k.) Cognitive Therapy -restructure her negative thoughts with more realistic and positive ones; challenge her beliefs through gentle questioning and probing for evidence against her negative biases 6. - e.) Electroconvulsive Therapy 7. - h.) Humanistic Therapy -through active listening and unconditional positive regard, therapist may provide her with the reflection & clarification necessary for her to gain her own insight into her problem; therapist would not directly guide her about what specifically she should do 8. - d.) Selective Serotonin Reuptake Inhibitor, perhaps paired with later Cognitive Therapy -An anti-depressant may be helpful for her since depression seems to run in her family, suggesting a strong biological component for which medication may be helpful. Further, therapy itself is unlikely to be effective, because her lethargy and motivation is so low that she may not be committed to engaging in therapy and therefore benefiting from it. Therefore, an initial anti-depressant may give her the lift she needs to engage in therapy for more lasting changes of her depressive symptoms. Also, since her problem - depression - is not extremely clear-cut, therapy may not be quite as effective in making her feel better. 9. - f.) Cognitive-Behavior Therapy -Therapist could help her develop more realistic cognitions about how her body looks and how she feels about herself. Urges to binge and purge could be identified and relabeled as the bulimia and replaced by more adaptive behaviors, such as journal writing or another healthy, enjoyable activity that will make client feel good about herself. 10. - a.) Antipsychotic medication, such as Risperdal 11. - j.) Family Therapy