Greenwood, Okla.: The Legacy of the Tulsa Race Riot

The story continues.  Even after 90 years, the argument about what happened in the "Black Wall Street" of Tulsa, Oklahoma on May 31, 1921 the truth is being debated. From 1921 to 1995 the costliest Race Riot in America was kept hidden...

Greenwood, Okla.: The Legacy of the Tulsa Race Riot is categorized in the following disciplines: 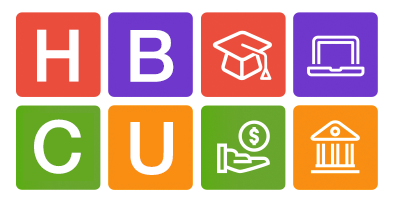 Disciplines with similar materials as Greenwood, Okla.: The Legacy of the Tulsa Race Riot

Other materials like Greenwood, Okla.: The Legacy of the Tulsa Race Riot

I have used this story in the classroom to introduce the roles and power of the media during in American History which in many instances were covered up. This story had been passed on, but many did not want to believe such action occurred. This story reinforced the segregation of Oklahoma well into the 20th century and most of the leaders fought to keep the cover-up covered up. When it comes to reparations, and the excuses White leaders and now Black leaders have used to ignore the issue, to just lie, For example, unless there are living witnesses come and tell your story and when they did, more were alive than they expected, they found Whites some who were possibly part of the mob, to testify against. TO only talk about scholarships at the low $300.00 is not only insulting, but disrespect to those who died and fled. They talk about the 2nd amendment as a God-given right, except for the people determined to die.

I lived through the lies, but I was fortunate to have been taught by courageous Black teachers who were determined I would know the truth.  There were other places of rioting in the period called the Red Hot Summer, Coming back from World War I dressed in their uniforms, many Blacks were beaten, the recipients of tragic beatings, hangings and other hideous acts resulting in deaths. This reaffirms how truth crushed to the ground will rise from ashes.  Here is an excellent study of race relations, or better still no relation.  The story even give insight to why racial problems still persists in the 21st century.

The story continues.  Even after 90 years, the argument about what happened in the "Black Wall Street" of Tulsa, Oklahoma on May 31, 1921 the truth is being debated. From 1921 to 1995 the costliest Race Riot in America was kept hidden from the Oklahoma History text, and the American Public until the then Governor of Oklahoma, Keating, confirmed the bloody action had taken place. I was part of the Oklahoma Segregated School and Oklahoma History was part of the curriculum. Blacks were absent in the text, and if not for the courageous teachers of the Black Teachers who taught Negro History with Oklahoma History, the cover-up would have remained just that, cover-up by a media which closed ranks and kept the Nation in darkness. This writing is signficant for it brings to focused Daniel Patrick Moynihan's report which has been used by Whites to claim the pathogenic nature of Black families due to female head of household. The introduction of Moynihan's report is even more signifcant because of his prediction of the length of time it would take for Negroes to gain their full Constitutional Rights and addresses the question of when "race" would no longer be an issue.  This is often overlooked and scholars have omitted dialogue and some cover-up this statement: In this new period the expectations of the Negro Americans will go beyond civil rights. Being Americans, they will now expect that in the near future equal opportunities for them as a group will produce roughly equal results, as compared with other groups. This is not going to happen. Nor will it happen for generations to come unless a new and special effort is made. There are two reasons. First, the racist virus in the American blood stream still afflicts us: Negroes will encounter serious personal prejudice for at least another generation. Second, three centuries of sometimes unimaginable mistreatment have taken their toll on the Negro people. The harsh fact is that as a group, at the present time, in terms of ability to win out in the competitions of American life, they are not equal to most of those groups with which they will be competing. Individually, Negro Americans reach the highest peaks of achievement. But collectively, in the spectrum of American ethnic and religious and regional groups, where some get plenty and some get none, where some send eighty percent of their children to college and others pull them out of school at the 8th grade, Negroes are among the weakest. These articles are not only excellent discussion starters to create the dialogue about race, but even well to see why the conditions of today were impacted by the past, and not because of the issue of family values. It is the lack of consistent world viiew, collision of values.  This article along with the report offers solutions when America is ready to talk about race. As indicated in the article by the The Tulsa World Staff Reporter RANDY KREHBIEL, reporting on the meetings of the Oklahoma Riot Commission, it was the words of Whites against Blacks and the commission was finding it difficult in making a determination whether planes had been used to drop bombs on the beleagured Greenwood community. The cover-up continues, for the issue of reparations has only resulted in a recommendation for scholarships.  Cover-up cover up!

You just viewed Greenwood, Okla.: The Legacy of the.... Please take a moment to rate this material.
Rate