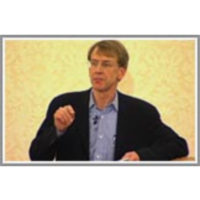 This video was recorded at MIT World Series: Solutions that Scale to Meet the Energy Challenge: Technology, Policy and Entrepreneurship. In turn pragmatic and visionary, John Doerr describes his venture capital firm's response to the climate change/clean energy challenge, while answering a range of questions from an entrepreneurial and academic audience. Doerr says that "it's a flat, crowded, hot world, and getting hotter." Science informs us that we dare not exceed a 2oC rise in global temperatures, lest the planet suffer irreversible, catastrophic climate change. This means we must "stop dumping 70 million tons of CO2 into the atmosphere every day as if it were a free open sewer." Such a task involves reducing greenhouse emissions across the globe by more than 50% by 2030, and the developed world must reduce its emissions by 90% in the same timeframe. While there's no single silver bullet to achieve such a vast turnaround at speed and at scale, there are some "big bullets" in our arsenal, says Doerr. Kleiner Perkins looks to "disruptive" R&D that can make a serious dent in the CO2/clean energy problem. Doerr describes ventures involving the first volume, plug-in hybrid automobile; diesel fuel synthesized from sugar; alternatives to coal-fired electricity, including new, promising solar cell technology; and a large-scale conservation enterprise that relies on RFID to encourage residents to recycle. But all of these R&D efforts represent a drop in the bucket, notes Doerr – nowhere near the scale required to attack the problem. "We must find answers that are economic for all people, everywhere. We must use policy to harness innovation, to make sure the right thing to do is the profitable thing to do, so it becomes the probable thing to happen." The U.S. government has invested a measly $1 billion per year in renewable energy R&D, while Exxon, he says, earned more than $1.1 billion per day in revenue. Energy is "the mother of all markets," at $6 trillion a year worldwide. "Going green, solving that problem is going to be the largest transformation we've seen on the planet since we went aerobic, from methane to oxygen." Doerr also backs efforts to change laws to stem emissions, such as California's Global Warming Solutions Act. He hopes the next few years will bring a national cap and trade system on greenhouse gases, and even better, a carbon tax that's revenue neutral to taxpayers. He'd also like to see state utilities' profits decoupled "from the number of electrons they serve." Doerr imagines a "planetary call to action," bigger than the Apollo and Manhattan projects, because "this is nothing less than re-industrializing every city, every town, every country on the planet."

Speed and Scale is categorized in the following disciplines:

Disciplines with similar materials as Speed and Scale

You just viewed Speed and Scale. Please take a moment to rate this material.
Rate