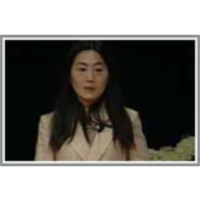 Science and Technology for a Clean Energy Future

This video was recorded at MIT Energy Short Course. The photovoltaic industry has been steadily growing over the past 30 years. But for solar cells to help eliminate our dependence on fossil fuels, says Emanuel Sachs, they'll need to provide trillions of watts of power -- and we are "still a thousand fold from where we need to be." Sachs' "photovoltaic grand challenge" involves building hundreds of billions of solar cells annually, which may come about through new manufacturing processes. And don't discount other renewables, like wind farms. New proposals avoid the "Not in my Bay" effect, by placing floating turbines in deep water beyond sight. While the sun offers a source of unlimited energy, we can't take advantage of it without better storage systems. In particular, says Yet-Ming Chiang, we need to improve lithium ion batteries – the same kind found in our cell phones and laptops. The current generation of these batteries, when used for large-scale storage, tends to burst into flames. Chiang's lab is working on improving the chemistry so these batteries could be deployed for residential solar power, and in hybrid vehicles, where they would offer environmentally friendly energy at low cost. The total amount of biomass harvested in this country could "comprise up to 40% of the U.S. demand for liquid fuels," says Gregory Stephanopoulos. Take a crop like switch grass, break it down to simple sugars, then use microorganisms to convert the sugars to useful molecules like ethanol. The energy equation improves if we use cellulosic crops instead of corn, and capture carbon dioxide through photosynthesis. The cost of this conversion process has dropped radically in the last 10 years, from one dollar a gallon to 10 cents a gallon. But hurdles remain, including improved metabolic engineering of an array of microbes. What's not to like about fusion? Jeffrey Freidberg tells us that the reactor process is safe; we have one billion year's worth of fuel in reserve; there's no release of greenhouse gases or particulates; and there's no leftover fissile material to worry about. But there's one big problem, Freidberg says: "It doesn't work yet." For decades, the joke has been that fusion is the energy source of the future and always will be. But, Freidberg says, we've "nearly solved all the scientific problems." An international consortium has begun building an experimental $4 billion fusion reactor in France. Freidberg concludes, "It will take 30 years to build a demonstration power plant-- and this time, we're serious." The most critical ingredient in designing cleaner energy systems may well be nanotechnology, according to Gang Chen. Manipulating materials at the atomic level can alter their fundamental properties. This means better conductivity, with less resistance and heat output, allowing for more efficient power generation, batteries and fuel cells. "You can change the game of energy conversion," says Chen. Researchers are scaling up manufacturing processes for super-lattice thin films integral to storage and energy conversion systems. In the future, Chen sees nanotechnology as "the enabler," helping combine new energy systems for transportation and residential buildings.

Science and Technology for a Clean Energy Future is categorized in the following disciplines:

Other materials like Science and Technology for a Clean Energy Future

You just viewed Science and Technology for a Clean.... Please take a moment to rate this material.
Rate