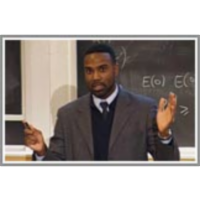 This video was recorded at MIT World Series: The Future of Nuclear Technology 2007. This session goes a long way toward demonstrating the "happy face of the atom," as moderator David Kaiser puts it, replacing the mushroom cloud image with a multidimensional picture of the uses of nuclear technology. As a plasma physicist, Ian Hutchinson works on controlled fusion -- a very hot area of nuclear technology in more ways than one. By fusing together isotopes of hydrogen, you can achieve the energy source of stars, says Hutchinson. This promises infinite reserves of clean energy. These reactions are only possible at super high temperatures, and "to bring these down to a human scale," the gases created must be contained by powerful magnets in machines called tokamaks. MIT and other labs have produced fusion energy and now a major international project to create a large fusion reactor is under way. The big challenge, says Hutchinson, is understanding the "great stirrings and eddies inside the plasma" that cause gas leaks and disruption to the fusion process. We are now entering a time when "angst seems to be subsiding and we are able to discuss the benefits of nuclear technology in the security arena," says Dwight Williams. He describes some major upgrades to the detection devices commonly used to prevent people from getting "bad stuff on an airplane or through a port." Williams explains active system devices, which can induce a radioactive signature in something that was not originally radioactive, and thus signal an item's "elemental content." A machine using thermal neutron activation analysis can penetrate all kinds of shielding, to produce gamma rays and a 3D image of the contents of a bag. Since explosives share some of the features of jam, marzipan and chocolate, says Williams, advanced nuclear techniques will help inspectors distinguish between the benign and dangerous. Medical applications of nuclear technology deploy different types of radiation to kill tumor cells and spare healthy tissue. But, says Jeffrey Coderre, shielding healthy cells to prevent radiation's side effects turns out to be a tricky proposition. Coderre investigated the nature of radiation damage and determined it was a function of damage to stem cells (rather than damage to blood vessels). He describes how the radioisotopes used in medical radiation, virtually all of which come from Canadian reactors, can be used in a variety of ways: to view areas of rapid bone growth, or tumor sites in bone; to sterilize syringes and drapes used in hospitals; and in a radiation helmet called the gamma knife to get focused radiation into difficult brain tumors. Alan Jasanoff provides a one-stop tour of medical imaging techniques, differentiating between those scans that use high energy radiation (such as computed tomography and positron emission tomography); and low wavelength radiation, based on radio waves, such as nuclear magnetic resonance imaging. PET scans detect molecular tracers that have been consumed in a sugary drink to find areas where cells are rapidly dividing, for example. New applications for this well established imaging method include locating plaques in the brain that cause Alzheimer's disease. MRI, unlike CT or PET scans, has minimal destructive impact on tissues, and allows 3D mapping of blood vessels, and more recently, the tracing of microscopic fibers in the brain. Jasanoff's lab uses calcium-sensitive contrast agents to detect events in the brain.

Disciplines with similar materials as Diverse Applications of Nuclear Technology

You just viewed Diverse Applications of Nuclear.... Please take a moment to rate this material.
Rate