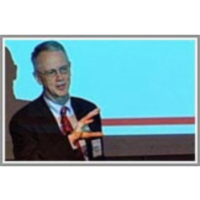 Grand Challenges and Engineering Systems: Inspiring and Educating the Next Generation

This video was recorded at MIT World Series: Second International Engineering Systems Symposium. It's a good thing for a world increasingly beset by mammoth challenges that universities are responding with new engineering systems programs. These initiatives, as Daniel Roos attests, are swiftly proliferating in the U.S. and abroad to equip students to address such complex issues as health care, sustainable energy, and infrastructure. Roos celebrates the fifth year of the Council of Engineering Systems Universities (CESUN), one of this symposium's sponsors, and recaps his survey of group members on the state of engineering systems education. While some traditionalists resist the interdisciplinary dimensions and broad compass featured so prominently in engineering systems programs, Roos believes that rapid global change necessitates corresponding change in how engineers are trained to think and practice. A case in point: a collapsing 100-year-old automobile and transportation system whose revival must incorporate complex, networked systems: intelligent infrastructure that can improve safety and alleviate congestion; and new, green, digitally wired vehicles integrated in a "smart energy net." ESD researchers study the complex social/technological questions that "will increasingly determine the future," says Susan Hockfield. At MIT, Hockfield's job "is to lower boundaries that still exist between departments, and schools. By bringing together faculty, ESD creates enormous energy." Charles Vest tells his audience, "Your time has come," but warns that the U.S. lags dangerously far behind other nations in graduating engineers. Redesigning college-level engineering programs won't be enough to meet the "grand challenges" posed by our times, if more children can't be inspired to study engineering. The field lacks luster, and simply doesn't connect with young people, says Vest. "We have failed miserably in projecting what engineering is, what it can accomplish and what's exciting." The nation faces a great opportunity "to start rebuilding the economy based on real engineering innovations, to produce real goods and services, providing real value to people and society." Vest wants to draw young people to work "at the frontiers of technology." He notes a lot of interest in "tiny systems" such as biology, information and nano-technology. But "we need to worry" about the big macro systems of energy, environment, healthcare, manufacturing –"where the rubber hits the road between engineering and society." Vest wants to capture the passion of the next generation through some "soul stirring." Through a campaign involving government, industry, and media, Vest hopes to convince young people that engineers are vital to meeting the "Engineering Grand Challenges" of global warming and sustainable energy, improving medicine and healthcare delivery, reducing vulnerability to human and natural threats, and expanding and enhancing human capability and joy (a somewhat unusual category for engineers, Vest admits). Vest concludes with some personal comments about engineering systems, including anecdotes about Toyota's innovations in auto assembly; NASA's hard-won lessons in integrated design and manufacture of space-bound vehicles; and improvements in hospital care following simple changes integrated system wide. He sees the implosion of our financial system as an opportunity to study an incredibly complex human-technological system and set in place "at least an early warning system." Vest also finds cheer in the public's budding grasp of complex systems, as witnessed by increasing discomfort with fuel-based ethanol.

Disciplines with similar materials as Grand Challenges and Engineering Systems: Inspiring and Educating the Next Generation

Other materials like Grand Challenges and Engineering Systems: Inspiring and Educating the Next Generation

You just viewed Grand Challenges and Engineering.... Please take a moment to rate this material.
Rate