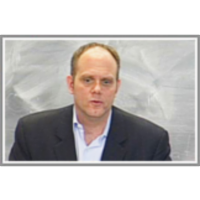 Evangelicals and the Media

This video was recorded at MIT Communications Forum. While many contemporary evangelical groups powerfully use all available means to get the Word out, these panelists firmly deny the existence of a monolithic evangelical movement, especially one that is motivated politically. About one-third of Americans are evangelicals, Diane Winston says, but couldn't be more different: "Some are filthy rich, others desperately poor; some smoke and drink; others are teetotalers." The basic evangelical "formulation" involves having a born-again experience, accepting the full authority of the Bible in all matters of everyday life and faith, and spreading the gospel. But don't buy the common fallacy, Winston says, that evangelicals are "unsophisticated." Winston describes a long tradition of mass media innovation among evangelicals in the U.S., dating back to the 18th century (although she notes a "backstory" starting with Martin Luther). In the 1740s, George Whitefield became a "colonial news story," organizing giant revivals with "monster crowds," planting stories about his own philanthropic activities in local papers, and going on publicity tours. In the early 19th century, evangelicals sought to put a Bible in the hands of every American and started up a giant publishing industry driven by steam-powered presses. In the 1920s, Aimee Semple McPherson drove a motorcycle onto her stage show, and was the first woman to broadcast sermons on the radio. These were the forerunners of today's evangelical media pioneers, says Winston, who "harness the power of communication to spread God's word," and whose pioneering use of technologies secular society subsequently adopts. One such media innovator is James Dobson, whose organization Focus on the Family has been broadcasting for 30 years. Gary Schneeberger, his media assistant, describes how Dobson began, leaving his post at the U.S.C. School of Pediatrics to help "families in crisis." Dobson believed that society was "at cross purposes with the family," and that the Bible presented powerful advice about how to raise children, keep marriages intact and thrive. His radio program found a large, receptive audience. Dobson brought the stories of real people and their struggles to the show, and offered emotional as well as theological connections, says Schneeberger. Focus on the Family now boasts 1,200 employees, a radio program syndicated to 7,000 stations globally in 27 different languages, magazines, and more recently, podcasts. Schneeberger downplays the group's policy arm, which "defends the family" and decency in public life, saying it gets "5% of the budget and 94% of the headlines." At Rick Warren's church, jumbotron screens simultaneously display the sermon at the worship center, while at other venues on the California campus, niche services take place for the thousands who might prefer gospel or rock and roll, reports Jon Walker. Known for his best-seller, The Purpose Driven Life-- 27 million copies sold-- Warren has spawned tens of thousands of affiliated churches, deploying big screen technology, PowerPoint presentations, video clips, webcasts, and RSS feeds. This vast network, connected by the internet, Jon Walker says "had people on the ground helping with Katrina before the government got there." Walker approves of the use of technology when it serves the primary mission of sharing gospel, but worries that "the danger comes when you're moving into products and resources and doing consumer marketing."

Disciplines with similar materials as Evangelicals and the Media

You just viewed Evangelicals and the Media. Please take a moment to rate this material.
Rate