Other materials like Art Envi Renaissance App for iOS 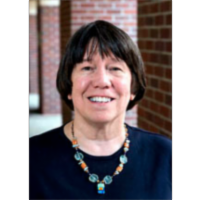 This app is specifically for the iPhone. Because of the size, it is really difficult to clearly view some of the images. The zoom feature is not particularly strong.

From Leonardo da Vinci's "Mona Lisa" and "The Last Supper" to "The Birth of Venus" by Botticelli, from the ceiling of the Sistine Chapel, the Pieta and the statue of David by Michelangelo to "The Three Graces" by Raphael, Art Envi Renaissance displays Web-based Renaissance masterpieces the way you would expect on the iPhone: full screen, with multi-touch controls, in automated slide shows or scrolling image arrays. Nearly 100 artists from the Early, High and Northern Renaissance, and the Mannerism period: Art Envi Renaissance brings their classics from the Web to you.

Want more art? You can add even more of our in-depth art collections directly from the app or from the App Store, including early, Baroque, Impressionist and Modern art as well as various artists. Or check out Art Authority. Art Authority includes 1000+ artists and 40,000+ works, detailed captioning, major works by period, and more. There's even a Mac version.

The app is also more than just a bunch of amazing pictures. It includes access to detailed information about the works, as well as historical information on the artists and the times.'