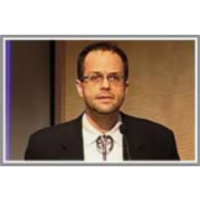 This video was recorded at MIT World Series: Changing Cities: Celebrating 75 Years of Planning Better Futures at MIT. The largest scale migration in human history, says Xavier de Souza Briggs, is potentially the most transformative as well. It's time to consider new frames for issues, he says -- not rehash "civic life as a competition over power" but perhaps see this as a moment when we can realize, finally, the ancient idea of a citizenship. For planners, this may mean learning "how to create a welcoming place, a sense of what's possible." At least 3% of the world's population today live in places where they were not born, says Anna Hardman, and this number is rapidly rising. And yet "immigrants are invisible in dramatic and not so dramatic ways." When riots exploded outside Paris two years ago, "policy makers had no tools to grasp what was happening" because they hadn't collected information on immigrants in those neighborhoods. "They thought it would destroy the perception that everyone with a French passport is a Frenchman." But officials and planners must take greater heed of immigrants, given their growing economic impact in both their new homes and their countries of origin. Focusing just on integration in migrant cities misses two other vital processes, says Abel Valenzuela, Jr. While migrants often lead precarious lives, frequently under the radar of the authorities, they nevertheless are powerfully transforming the neighborhoods into which they move. In South Central LA for example, Latino immigrants have recently surpassed African-Americans, bringing "new cultural mores, economic opportunities…and lots of great food." Soccer lovers take over parks, and street life feels noticeably different, with vendors, art, employment markets and bazaars. Some communities welcome these changes; others attempt to curtail new activities, frowning on colorful public events and fearing negative impacts on labor markets. Valenzuela sees immigrant flow on the whole as "an economic and cultural stimulus" that may lead to revitalized civic institutions. He promotes policy reform, a path toward normalization for undocumented immigrants and defusing racial tensions that immigrant legislation provokes. He also suggests planners look beyond big gateway cities to rural communities and suburbs, to which immigrants are also bound. Although Lawrence CommunityWorks has built well-designed housing and launched a slew of ventures in this old Massachusetts mill town, Jessica Andors takes greatest pride in her group's network organizing approach. She notes that many "community development interventions are to a large extent supply side--designing the best housing, offering programs to meet local needs." CommunityWorks instead focuses on investing in "informed, educated demand, with people voicing and acting collectively toward what they want." This ultimately gives them an opportunity to shape the political environment that doles out important resources. CommunityWorks helps families save money, buy homes, invest in higher education; it builds mutual support networks; and engages in collective action to "transform the landscape of the city, whether economic, civic, or physical."

Other materials like Diversifying Cities: Migration, Habitation, and Community Development