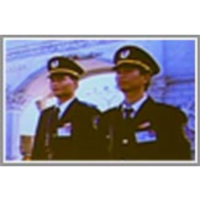 This video was recorded at MIT World Series: Changing Cities: Celebrating 75 Years of Planning Better Futures at MIT. Even as new supercities pop up around the world, with populations in the tens of millions, urban planning remains stuck in an older time. As Dennis Frenchman says, "Amazingly very little progress has been made ... We're using basically the models and methods of the 1920s." Frenchman says we need to confront the immense challenges of rapid urbanization, universal mobility sustainability and basic livability. Some emerging concepts include new century cities, where single "messy" mixed-use zones will house shopping, living, and commerce. He describes technology networks built into urban environments, producing streams of data that not only reveal how a city works, but allow better real-time management of systems. Cities will sense traffic flows and change street signage and lane markings accordingly. Smart cars will guide users to available parking. Public buildings will have changing faces. This "agile infrastructure has the potential to make day to day interactions more efficient and productive, but also more personal, because systems can interact with you and adjust to your desires," says Frenchman. Boston invests big-time in infrastructure, says Antonio di Mambro, but its transportation system is very "Boston-centric." He believes it's time to convert this system into a regional one, "tied to a new image of the city." Di Mambro is developing a new transportation network based on the area's "educational necklace," developing a West Station hub that connects universities to each other, and to the rest of the world. Di Mambro also describes how coastal cities should plan for global warming impacts. He describes Venice's strategic plan to defend itself from rising water, which includes massive mobile flood barriers, environmental restoration, economic development of neglected areas and green infrastructure. In the 1990s, Martha Lampkin Welborne became convinced that Curativa, Brazil's public transit system would be perfect for LA. In this system, buses operate in dedicated lanes, with costs far less than those required for subway or even light rail. A nonprofit team "created the vision and sold it to everyone -- the MTA and the city." After this accomplishment, LA's mayor drafted her to create an economic center in a desolate city stretch. In re-imagining Grand Avenue, says Welborne, she has been transforming a physical vision into a reality, starting with a precise economic analysis, politicking with city and county officials and collaborating with Frank Gehry. "Without being hyperbolic, it's the greatest building boom in human history," says Tom Campanella of China's construction frenzy. Campanella marshals many astonishing facts to back up the statement: In Shanghai, more than 900 million square feet of commercial office space were added to the city between 1990 and 2004, roughly equivalent to 335 Empire State Buildings. Between 1985-1995 Shanghai's footprint and suburbs jumped from 90 to 790 square miles. China will end up with more than 1 billion people in its cities. We Americans must "learn humility," he says, in imagining urban planning for this scale of building boom, or establishing what constitutes good versus bad urbanism.

Other materials like Building Responsive Cities: Technology, Design, and Development