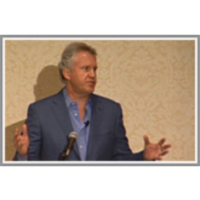 This video was recorded at MIT World Series: Energy 2.0. Forget Energy 2.0, counsels Jeffrey Immelt-- "We never had Energy 1.0." Unlike the health care business, he says, "we still sell some products in the energy sector that sold 25 years ago." This relative torpor, Immelt explains, results from a lag between "market signals and time horizons," as well as the "societal expectation that energy is a God-given right" –which makes reasonable pricing difficult – and the absence of rational energy policies worldwide. But with global warming upon us, the dynamics of the energy market are rapidly shifting, and GE, one of the globe's biggest players, hopes to take advantage of new opportunities. Immelt says that increasing demand among both developing and developed nations, geopolitical concerns, and a recent focus on environmental considerations in international policy dictate GE's vast investment in new energy ventures, and its expectation of handsome returns for many decades. "For GE, we view energy as a green light special," says Immelt, and "our strategy is to be big in big markets." To carve out a leadership role, GE will bet broadly on different fuels rather than "worry about which will be the predominant fuel" of the future. Hydrocarbon resources are still plentiful but harder to get, so GE is developing better extractive tools, especially for deep sea exploration. Immelt also hopes to make the technology around hydrocarbons more efficient, and so is working on better large turbines. GE is building a $7 billion portfolio of renewables in wind, solar and biomass. Immelt will also try to take two big technologies to the market place: coal gasification, and nuclear power. Having established a broad technical base, Immelt imagines a "footprint that goes everyplace in the world," so GE can achieve scale and commercialize quickly. This means partnering with companies big and small for R&D, manufacturing and distribution. Immelt is convinced, as are GE's shareholders, that there's money to be made from investing directly in environmentally helpful technologies, including those that save fuel and conserve water. GE has lowered its own greenhouse gas emissions by 1% for the last three years, and saved $100 million a year. If Immelt were king for a day, he'd try to enact "progressive policies" to make his corporate work easier. These include achieving energy security by pursuing a mix of fuels, and creating jobs in this sector along the way. The government must also back risky commercial ventures (such as new nuclear plants) in case "society changes its mind." Ultimately, says Immelt, the country needs diversity in energy, and such a cluster of efforts will create innovation, technology and growth. He ends with two "Immeltisms" for the road: "If you want to do something, you actually have to do something; and if you want it bad, you get it bad."

Disciplines with similar materials as Energy 2.0

You just viewed Energy 2.0. Please take a moment to rate this material.
Rate